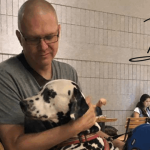 Since I am such a rational person that loves automating stuff, I will give you the top reasons why I …